The number of motorists caught drink driving in the Thames Valley area over the festive period this year has fallen.
Between 1 December 2012 and 1 January 2013, 278 drivers were arrested for driving with excess alcohol, compared to 299 in the same period in 2011.
Of those arrested, 74 per cent were men and 26 per cent were women. The number of men caught has fallen by 11 per cent.
A/Supt Henry Parsons, Head of Road Policing for Thames Valley and Hampshire said: “It’s really encouraging that we have seen a decrease in the number of people arrested for drink driving this year; however it is disappointing to see that there are people are still prepared to take that risk.
“During the campaign period, the Force has seen a three per cent reduction in road traffic collisions and a 15 per cent reduction in incidents with road-related traffic offences such as drink driving.”
During the campaign, 9.3 per cent of people arrested for drink driving were driving the morning after a night out, compared with 8.4 per cent last year.
Out of the 278 drivers who failed the test approximately six per cent were three times over the legal drink drive limit.
Despite a reduction in the number of tests (6585 compared with 7720 last year), there was a nine per cent increase in female drivers arrested after failing the breath test, compared to last year. . Bicester, UNITED KINGDOM. January 10 2013.
Photo Credit: MDOC/Thames Valley Police
© Thames Valley Police 2013. All Rights Reserved. See instructions. 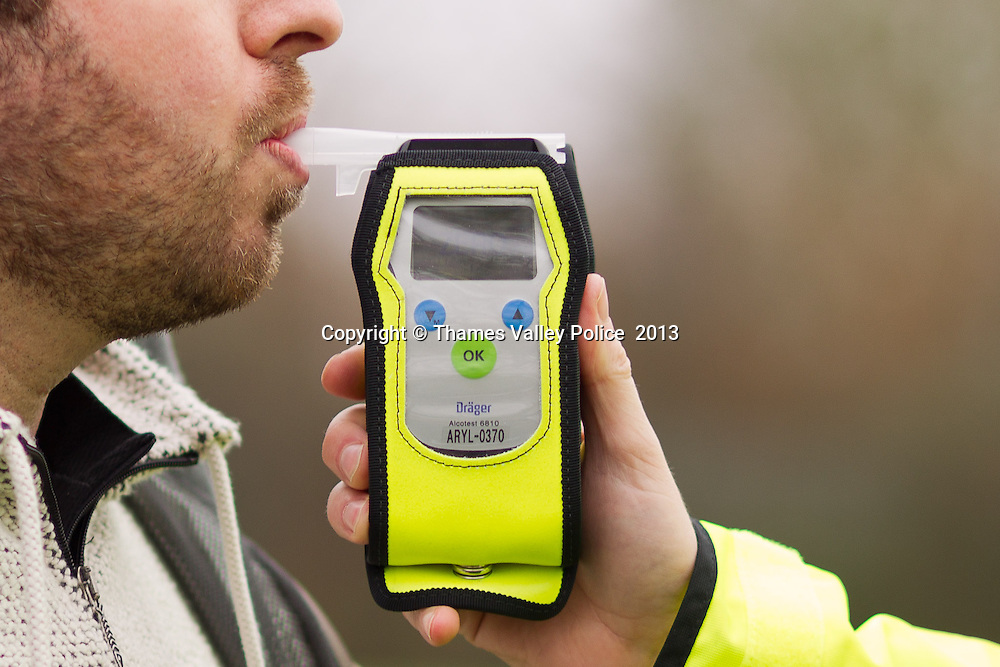