An Officer from Thames Valley Police explains to the Press some of the evidence seized following OPERATION ROUSE in which TVP has executed a series of warrants at twenty two properties in Milton Keynes, following an investigation into the supply and use of drugs.
Amongst the items are significant quantities of cash, several large blocks of Cannabis, class A drugs and associated paraphernalia. Also seized were weapons including a suspected firearm.
Officers carried out a series of warrants under the Misuse of Drugs Act in Milton Keynes, as well as in the Northamptonshire and the Metropolitan area, assisted by officers from the Metropolitan Police. Milton Keynes, UNITED KINGDOM. December 06 2012.
Photo Credit: MDOC/Thames Valley Police
© Thames Valley Police 2012. All Rights Reserved. See instructions. 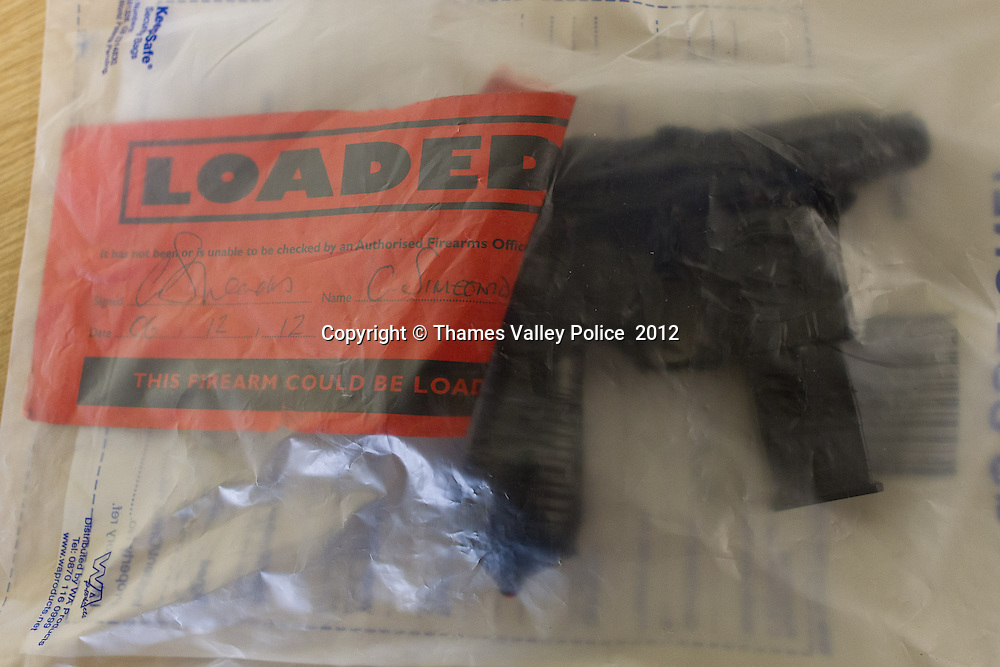